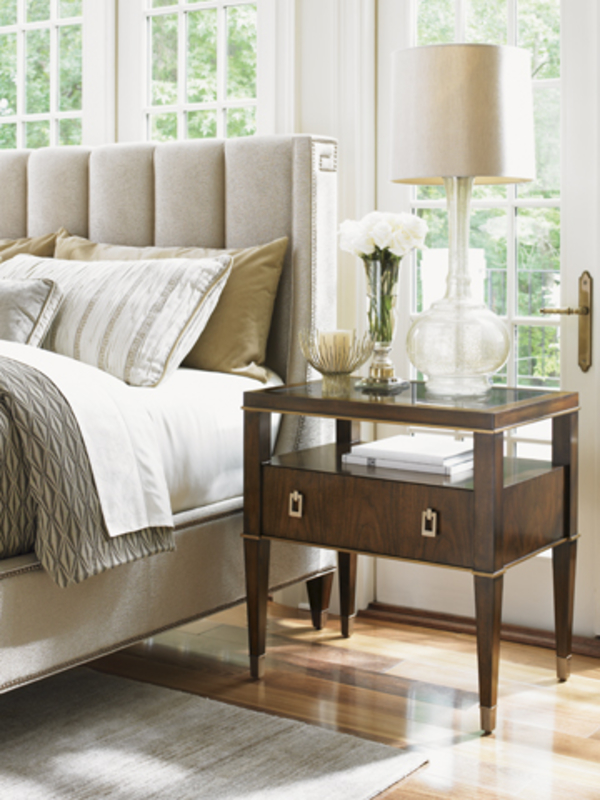 Mid Century Modern Furniture can be difficult to describe. It encompasses a broad period between 1933 and 1965, though some historians would reduce it to a ten year time frame between 1947 and 1957, when big names like Bertoia, Eames, and Sarineen were at the peaks of their careers. Although it has many defining characteristics, the term “Mid Century Modern” gets thrown around rather loosely because of its reemergence in interior design and architecture over the decades.

The overarching theme of mid century design is that form always follows function. This theme defines the specific elements of the style that revolve around the idea of reducing an object down to its purest form. Trading in ornamentation for simple organic or geometric forms, there is a new focus on functionality. Additionally, the founders of the style began experimenting with both traditional and non traditional materials, often contrasting the different materials within one piece. The beauty in this movement comes from the simplicity of the style, removing any complexity or distractions from the comfort and usability of the piece.

Despite being on the beautiful California Coast with many of our customers design interests in coastal, traditional Spanish, or French country design, we have a large population of homeowners who are shifting their focus towards the simplicity of the style. Fortunately, our manufacturers offer a wide range of styles from traditional to contemporary, and everything in between. If you’re looking for some great mid century pieces, look no further than our Monterey furniture store, where we keep an extensive inventory of all our favorite pieces inspired by the era! 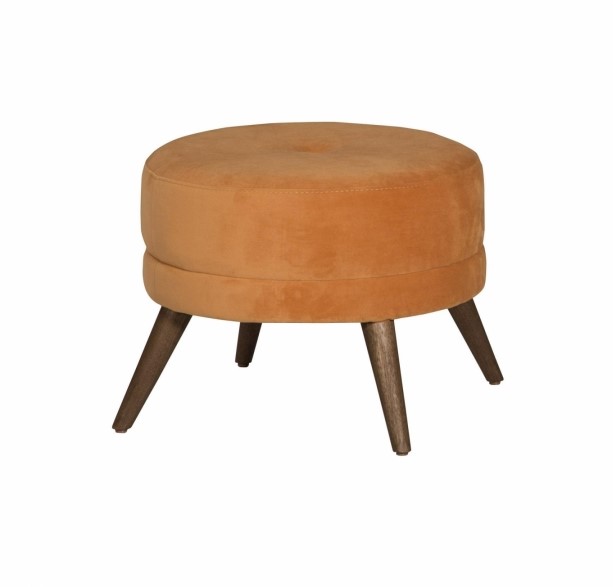 Bibi Round Footstool by Jonathan Louis

A small piece that adds a little flair to any space is the Bibi round footstool by Jonathan Louis. The angled legs and round cushion contrasts curves with straight lines to create an interesting yet simple touch. Fortunately for any eclectic designers out there, you can spruce up this piece with a patterned fabric to add your personal style, or dress it down with a natural fabric for your coastal home. It’s even available in leather!

This particular piece will pair well with the Tobias Chair, because the wood finishes are very similar in color, the legs flair at the same angle, and both are relatively understated but beautiful mid-century modern pieces. 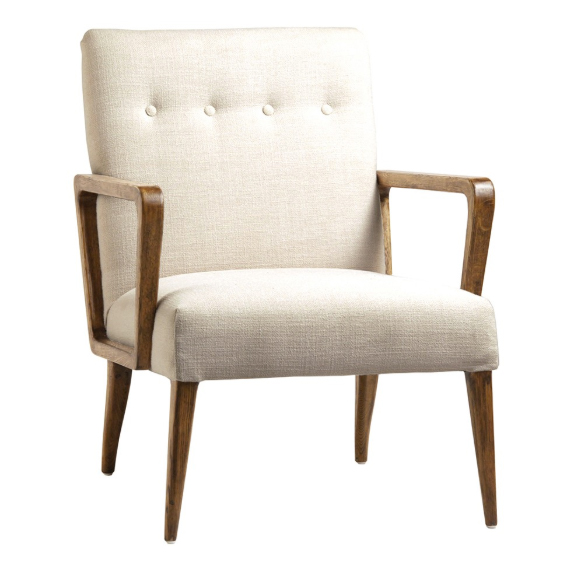 The Tobias Chair by Dovetail is one of our favorite pieces, and one of the most popular accent pieces among our modern clientele. A relatively feminine piece, this linen-covered side chair features beautiful but minimal button tufting, clean lines with slight organic curves, and natural oak wood legs. 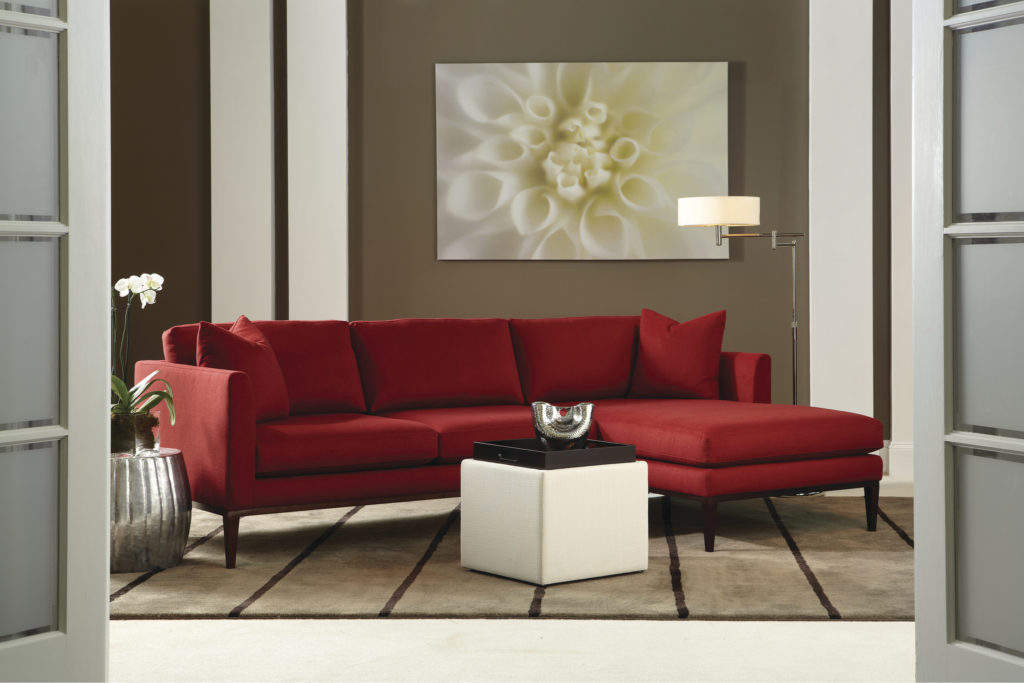 You probably know all about American Leather sleeper sofas (because we rave about them every chance we get) but it’s unlikely you know too much about American Leather’s range of stationary sofas. The Henley sofa is one of American Leather’s more mid century modern versions, as opposed to their general transitional and contemporary styles. The proportions on this sofa are perfect, with shallow cushions, a low back, and subtle but elegantly curved arms create a fantastic minimal design.

Lounge on this Henley sofa while resting your cocktail glass on a Bibi end table (or footstool… depending on how you want to use it) and converse with your guests while they relax in their Dovetail Tobias Chairs. Although the Tobias chairs are not customizable, you can pick the perfect fabric or leather upholstery for your Henley Sofa to match your style or the existing design of your room, all while the tapered leg of the couch will tie in with the legs of both the Bibi footstool and Tobias Chair. 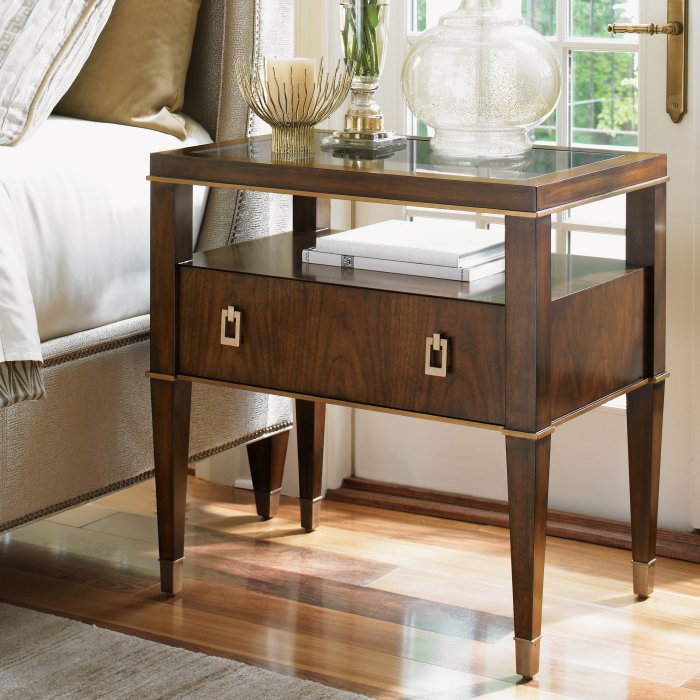 Don’t count out bedroom furniture when it comes to completing the mid century modern look for your home. This Copley Nightstand, while a little more opulent than the rest of the pieces on this list, has all the elements of great modern design. The mix of modern materials like glass, metal, and wood, contrast beautifully in texture while the gold tones of the dark wood pair perfectly with the metal accents. The single drawer provides storage space while the open compartment creates creates an open and airy piece between the drawer and glass surface. You don’t have to worry that this compartment removes storage possibilities, it simply presents an opportunity to display more at your bedside. 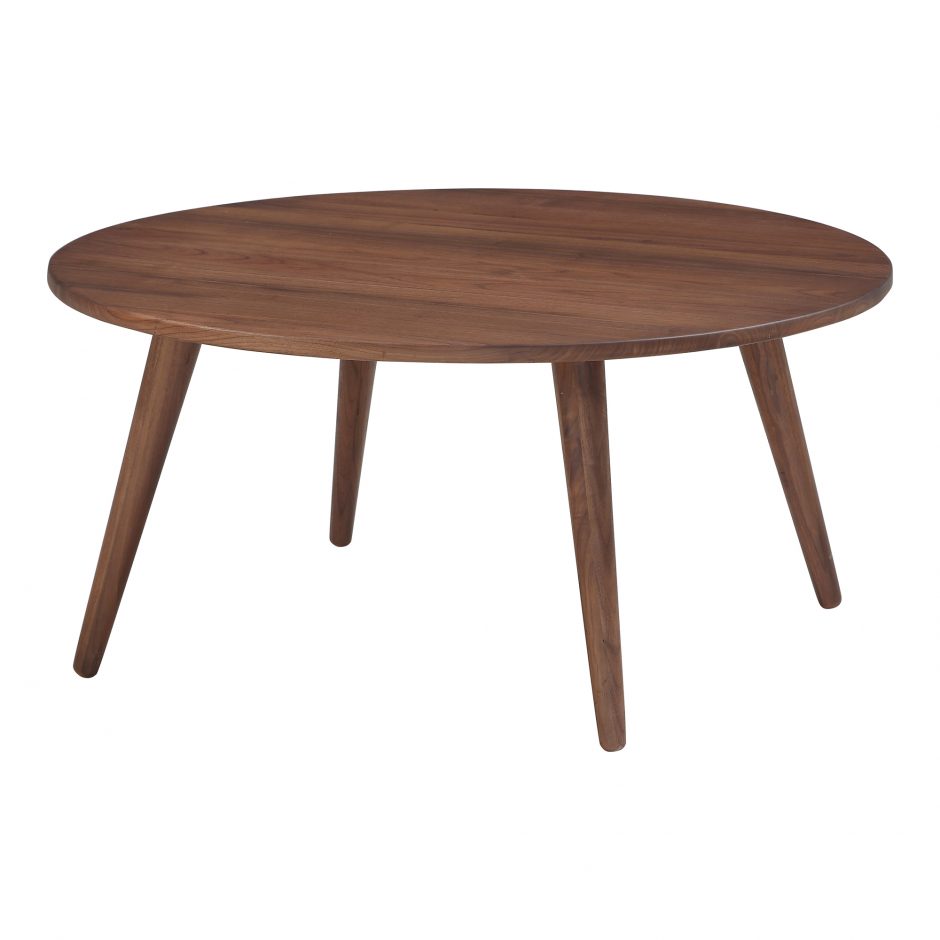 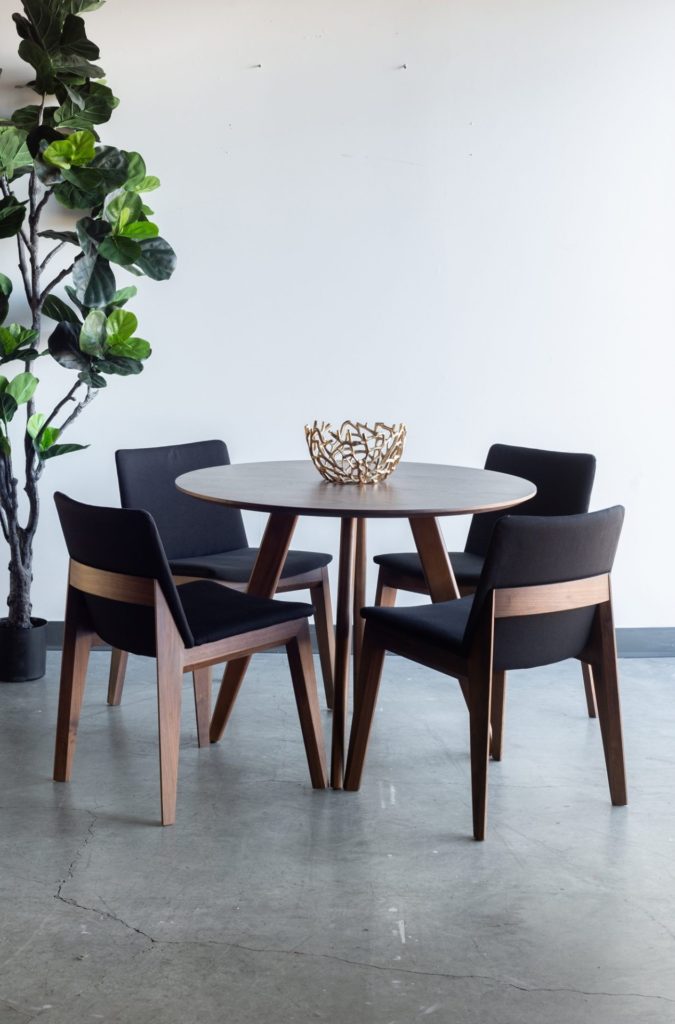 The Dover Dining Table is essentially a heightened version of the Soriano Table. The simple forms, tapered legs, and smooth finish are classic and effortless. Pair this table with some seriously cool contemporary chairs, play with different materials like acrylic and metal, or find a set of simple upholstered dining chairs to make this dining table your own.

Venice Coffee Table by Winners Only

Finally moving away from the round curves of most of the items on this list, the Venice Coffee Table by Winners Only is a great mid century piece for anyone looking for both form and function. The minimalist walnut finish and honey tones are vintage and warm, and the double drawers provide extra storage for your living room.

This list is just the beginning of all the Mid Century furniture and accessories we offer at Mum’s Place. And if mid century is not for you, we’re proud to offer countless styles of furniture ranging from traditional to contemporary, and everything in between.

Contact our Monterey furniture store to speak with one of our talented designers, or browse our 10,000 square foot showroom to see for yourself that Mum’s Place is the best place for furniture.

Don’t forget to follow us on instagram and facebook to stay up to date with our newest arrivals and designer picks and sign up for our newsletter to head about our amazing monthly promotions!